As part of the ongoing local campaign to support refugees living in camps around Calais, a local group of brewers have stepped up to the plate by producing a one off batch to raise funds. The beer is an uber-hoppy IPA, weighting in at 5.6% ABV and is being sold at events around the town. All proceeds raised from the brew will go towards supporting Swindon and Chippenham Aid to Calais, a group closely aligned to Swindon Anarchists, in bringing much needed supplies and solidarity to Calais. The same group of brewers were behind a pale ale and a rye IPA flogged to raise funds for Swindon Anarchists. We have it on good authority that they’re gearing up to churn out more beery goodness for other local causes, so keep yer eye out at local picket lines and protests! 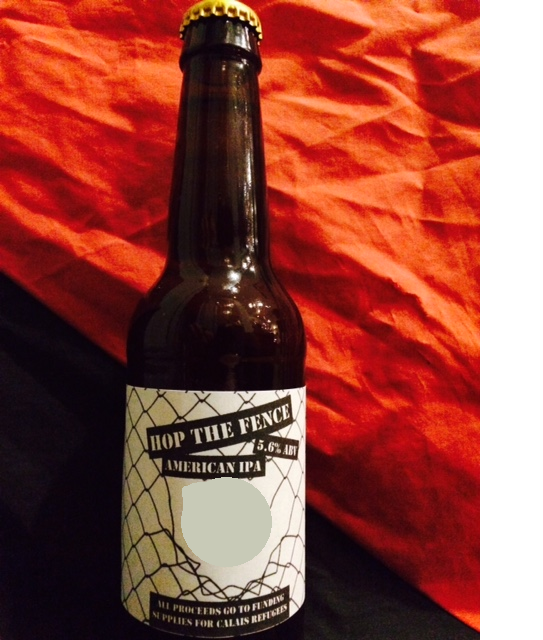