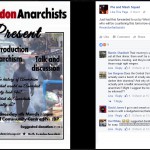 Fash in The Pan

A report from Swindon Anarchists’ latest meeting On Wednesday the 9th of March, Swindon Anarchists held a packed public meeting, with numbers being boosted by a few poorly judged threats from a weird collection of fascist keyboard warriors. Under 24 hours from our meeting ‘an introduction to anarchism’, we got a call from the venue saying they’d […] 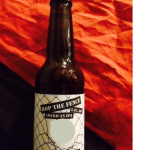 As part of the ongoing local campaign to support refugees living in camps around Calais, a local group of brewers have stepped up to the plate by producing a one off batch to raise funds. The beer is an uber-hoppy IPA, weighting in at 5.6% ABV and is being sold at events around the town. […] 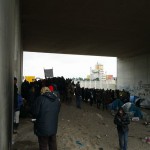 In the last few months, Swindon Anarchists have been teaming up with our mates over at People’s Assembly and Swindon Calais Solidarity to offer practical solidarity to the 7,000 refugees living in the camps of Calais. As well as helping to meet the day to day needs of the refugees, we have been doing what […]